You are here: Home

The second edition of the Conference on Societal Automation will attempt to look in a holistic way at the Societal Automation domain in order to try to determine what solutions, technologies, architectural frameworks, and design tools are going to be needed in the design, development and deployment of future human-centered life-quality improving solutions and systems such as Cities of the Future, as well as economic aspects of innovation and new technology development.

Sensor topics include the following:

Indoor air quality is a major public health concern with an estimated half million premature deaths caused annually in Europe alone. Conventional methods of indoor air quality measurements using analytical standards have multiple shortcomings. First, they do not allow continuous monitoring due to their high costs. Second, they predominantly measure nonpolar volatile organic compounds and are often neglecting permanent gases, very volatile, low volatile, and polar compounds. Low-cost sensors and sensor systems based on nanomaterials are an obvious supplement to the existing methods, which can measure continuously and cover a broad range of substances. Metal oxide semiconductor gas sensors can meet the requirements in sensitivity, selectivity, and stability, especially when used with dynamic operation, for example, temperature-cycled operation. The required sensitive sensors with short thermal time constants can be obtained by novel deposition methods for thin granular oxide films using pulsed laser deposition or flame spray pyrolysis. The quality of the measurement, especially concerning selectivity between VOC and permanent gases, can be improved further by integrated sensor preconcentrator systems, which have been demonstrated as low-cost system without mechanical actuators. The high relevance of IAQ measurements has been the driving force for the development of a new generation of digital gas sensors from various manufacturers, which have been released within the last few years.

Just published ahead of print:

Semiconductor gas sensors not only offer high sensitivity and robust long-term performance but also suffer from poor selectivity. A powerful approach to improve selectivity is based on dynamic operation. The most relevant and widely studied method is temperature modulation which can be applied to metal oxide semiconductor (MOS) gas sensors, pellistor-type sensors, and gas-sensitive field-effect transistors (GasFETs). Other dynamic operating modes are based on field effect/polarization and on optical excitation. All methods change the equilibrium on the sensor surface and thus provide additional information especially during nonequilibrium states. The generic term dynamic operation implies the active variation of a control parameter by the sensor electronics allowing application-specific optimization of the sensor system performance. This chapter discusses dynamic operating modes for MOS and GasFET sensors to show that not only selectivity can be improved but that stability and even sensitivity benefit from this approach. 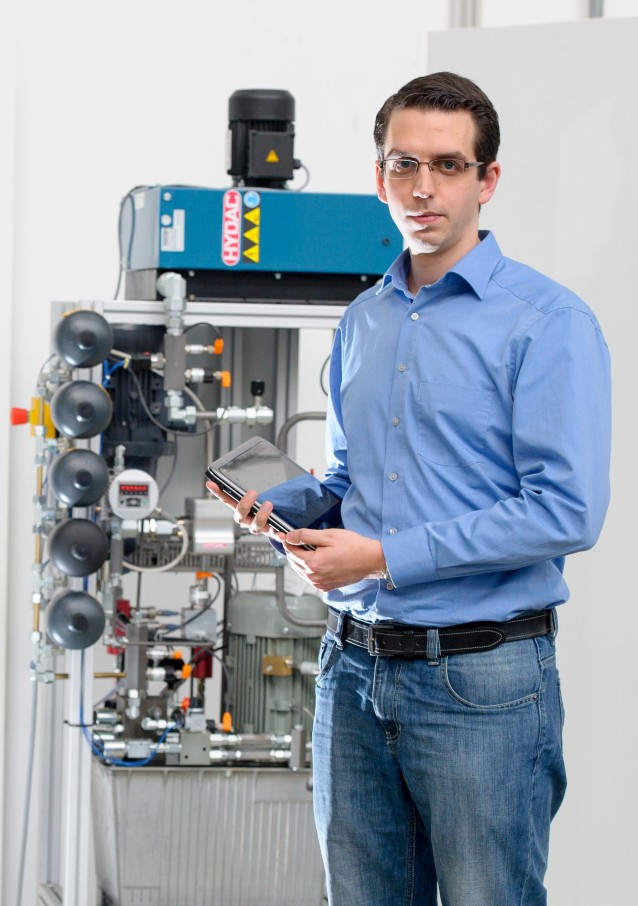 Our EMPIR research project Metrology for the Factory of the Future - Met4FoF is highlighted by Euramet, the European Association of National Metrology Institutes, in its neews feed.

The article especially stresses the three open access data sets provided by the project, two from our research in the field of industrial condition monitoring (projects iCM-Hydraulics and MoSeS-Pro). These data sets, which are seldom provided from such sensor networks for research purposes, will be of interest to machine learning researchers and other data scientists.

The International Conference on Shape Memory and Superelastic Technologies (SMST), the leading worldwide conference and exposition for the shape memory and superelastic technologies, will be held from May 13 - 17, 2019 at The Bodenseeforum in Konstanz, Germany.

The Lab for Measurement Technology in cooperation with the intelligent Materials Systems Lab (iMSL) of Saarland University will present three contributions to the conference: